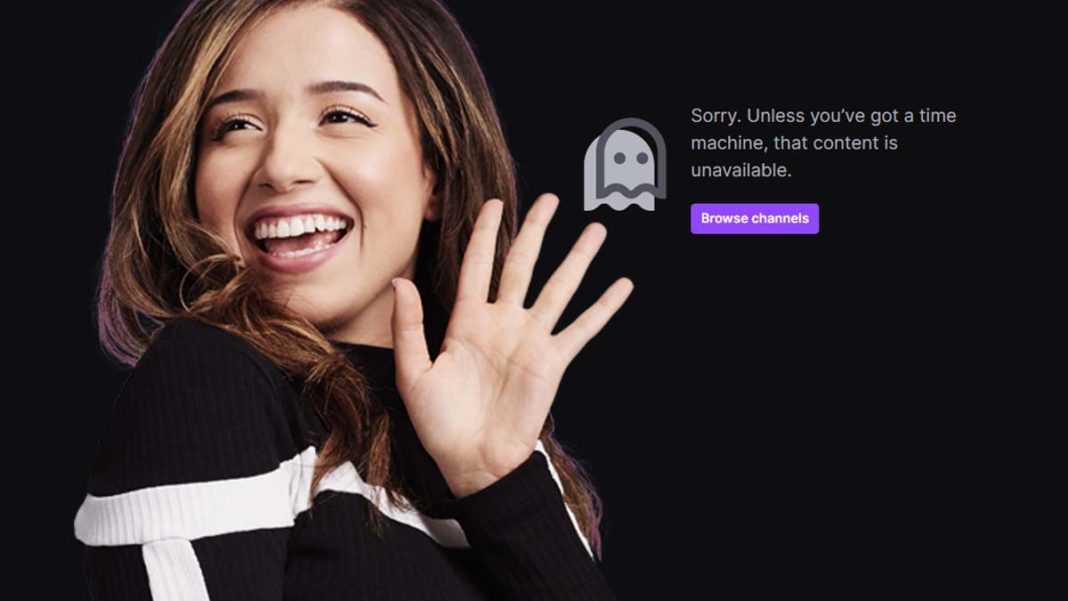 Pokimane has been banned: the Twitch ban was for a DMCA copyright notice from ViacomCBS for illegally streaming Avatar to her viewers; how long will it last?

Breaking news! Twitch’s sweetheart has been banned for a “serious violation” of Twitch’s Terms of Service. Pokimane has been banned off Twitch; the ban comes after receiving a DMCA copyright takedown notice from ViacomCBS Domestic Media Networks! When will Pokimane return and how long, exactly will this Twitch ban last?

After an “Avatar: The Last Airbender” watchparty on January 7, Twitch banned the world famous stream, Imane ‘Pokimane’ Anys for violating the DMCA. According to DramaReport sources, this is a serious offense.

Not only did Pokimane stream smalls clips and snippets for the show, the 25-year-old Moroccan-Canadian Twitch personality broadcast an entire 10 hours of copyrighted content.

“Avatar: The Last Airbender” broadcast and distribution rights are held by one of the largest media conglomerates in the world; ViacomCBS Domestic Media Networks.

In the United States, ViacomCBS Domestic Media Networks is a ViacomCBS division that is in charge of many of the company’s television channels and online properties. ViacomCBS Networks International is the company’s international arm. Some of their subsidiaries include: VH1, Paramount Network, Nickelodeon, Warner Media, MTV Entertainment, Showtime and many more.

Not only has Twitch temporarily banned Pokimane’s streaming capabilities, but her whole account has been removed, and her website has been replaced with a 404 (page not found) error page.

Although Pokimane doesn’t appear to be taking this DMCA notice seriously, tweeting, “the fire nation attacked,” the popular streamer with over 8.5 million followers should be very concerned.

Pokimane is more than just a private citizen of Canada who unlawfully streamed content to thousands of admirers; she is a registered corporation with a large number of partners and sponsors that derive revenue from the illegal streaming platform. Donations, subscriptions, and corporate sponsorship arrangements are thought to provide approximately $5 million in revenue per year for Pokimane. This is something that Viacom is well aware of.

The fine for breaking copyright rules can be as high as $60,000 per infringement, with a maximum prison sentence of 5 years if the infringement is repeated more than once. The “Avatar: The Last Airbender” viewing party hosted by Pokimane lasted around 10 hours. Considering that each episode has a runtime of 20 minutes, that equates to at least 30 infringements of intellectual property rights.

Pokimane and, her rumored secret boyfriend, Hasan ‘HasanAbi’ Piker have a combined net worth of approximately $40M; enough to pay that hefty ViacomCBS copyright fine but not avoid the ban.

In total, the plaintiff will receive $1.8 million in damages and will serve a maximum of five years in prison if found guilty. Pokimane will not be sentenced to prison time for her copyright violations, but we are confident that ViacomCBS Domestic Media Networks will hold her liable for any damages she incurs as a result of her violations.

As far as her Twitch career is concerned, she should be out of the picture. Twitch has previously indicated that they have a zero-tolerance policy for copyright infringements on their platform. In the event that Pokimane had gotten all three infractions for her ten-hour stream, both her Twitch account and her partnership status would have been rendered invalid.

The only way out of this situation is for Pokimane to reach an out-of-court settlement with ViacomCBS Domestic Media Networks, and even then, there is no assurance that her account would be reinstated on the streaming platform Twitch, concluding that this most likely is a permanent situation for the young talent.

Pokimane’s most reasonable course of action is to deal with the legal mess she has created and relocate her business to the YouTube platform; an option she has considered in the past.

Viacom (ViacomCBS), behind AOL Time Warner, has risen to become the world’s second largest media company, with sales of more than $12 billion in 1999. They are responsible for the Pokimane ban.

Pokimane stated on a November 30 livestream that when she was forced to select between Twitch and YouTube two years ago, there was one significant advantage the Amazon-owned site offered that YouTube lacked. However, YouTube has been beefing up their Game Streaming service, and a number of larger creators have jumped ship, including Dr DisRespect, DrLupo, and TimTheTatman.

RELATED: Pokimane hates American men, according to her friend

Pokimane admitted that she is willing to consider a permanent move to YouTube too.

““I’ll stream on f**king everything. Or I’ll switch to YouTube because I want more of a mainstream audience. But what I wanted was to have a good a** time, and you guys are a good a** time,” Imane ‘Pokimane’ Anys said.

Frank Hassle being investigated by the FBI for Boogie2988 threats