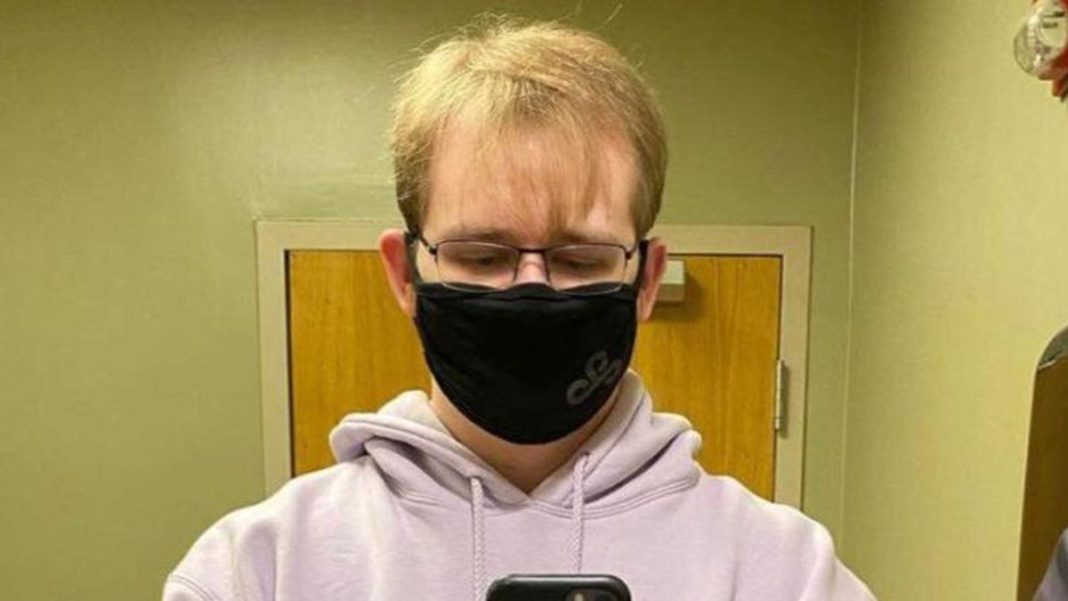 A former friend of Carson “CallMeCarson” King alleges that the disgraced YouTuber is with his parents and is on suicide watch.

A friend of CallMeCarson reached out and gave us an update on his mental health. “He’s not doing too good,” they explained. “I’m really worried about him.”

Carson King was recently exposed for sexting a 17-year-old girl named Anna, better known as CopiiCatt or Gorl online. The pair started exchanging nudes in May, 2019, when CallMeCarson was 20 years old.

At first people started throwing around damaging allegations and calling the disgraced YouTuber a “paedophile” however the majority of the YouTube community, including the victim herself, say that’s not the case at all.

Anna aka CopiiCatt, aged 19, streaming on Twitch before exposing CallMeCarson who is now on suicide watch with family.

Sadly for Carson, the damage has been done. Although CallMeCarson has not yet made a public announcement addressing the allegations levied against him, he has admitted to friends on his Discord server that Anna aka CopiiCatt is not lying and that he regrets the exchange.

Others are concerned that there may be more serious allegations about to surface. Even CallMeCarson admitted that “there were others” in a message posted in his server. And now, a former friend of his, claims that CallMeCarson has moved back with his family because he’s severely depressed and fears the worst.

“He feels like he has lost everything. His friends, his job and his livelihood. He’s so deep in the dumps that he sees no way out. The worst thing about this, is if you Google his full name these allegations are going to pop up. That might ruin his future prospect of finding a decent job,” his friend told us.

They added: “He’s in a really, really dark place and expressed that he’s ‘close to the edge’. Doesn’t take a genius to work out what that means. People who care about him encouraged him to go back home to his family and disconnect from the internet a bit. I’ve heard his parents are looking out for him. It’s like he [CallMeCarson] is on suicide watch.”

Although what Carson did is in a moral grey area, he has admitted to breaking the law by exchanging nudes with a minor. However, it is very unlikely that he will be prosecuted. CallMeCarson‘s home state has a close-in-age exemption, better known as the ‘Romeo and Juliet’ which is supposed prevents young couples from being unfairly punished.

Unless there are more serious allegations about to surface it is very likely that this will be forgotten in a few months. If CallMeCarson recovers from his depression, he will make a video addressing the situation and take a small break from the internet before making his return.

Sweet Anita admits to receiving nudes from her fans/simps

Onision: In Real Life exposed documentary debunked by the YouTuber