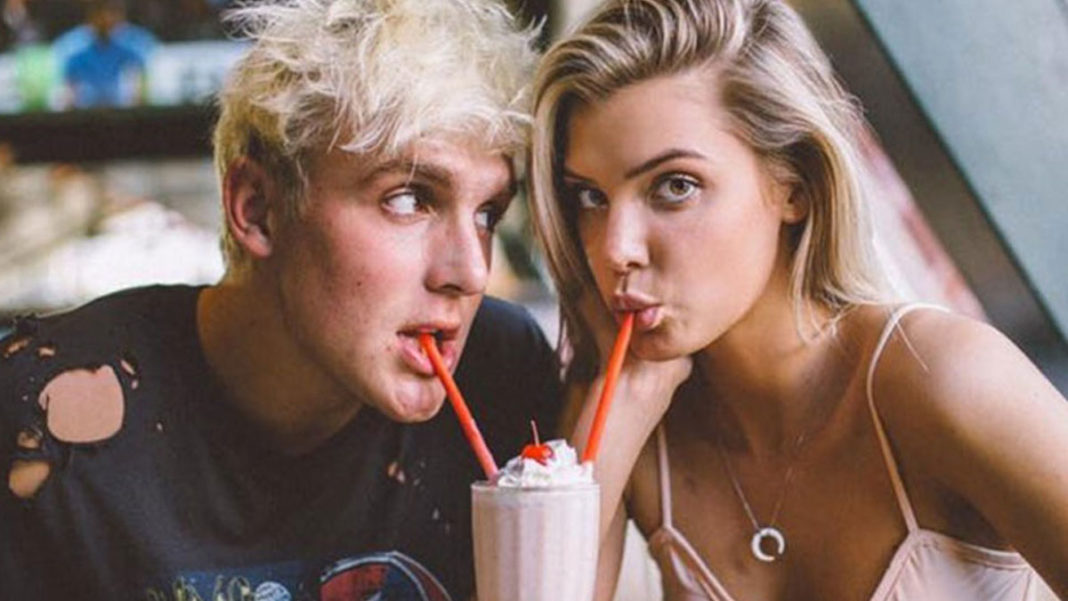 “I told him to f*** off!” Alissa Violet responds and shuts down rumors about being back with Jake Paul after his Instagram post.

Actress and writer Alissa Violet was caught in the middle of a scandalous rumor after Jake Paul shared a photo of him Facetiming with her on Instagram, calling her “my lil shawty”.

Alissa Violet and Jake Paul were sweethearts many years ago but then there seemingly perfect relationship came crashing down in February 2016 and fans had to witness the fallout.

Things appeared picture perfect between the couple until Jake see kicked Alissa out of the Team 10 house. After that, both influencers accused each other of disgusting deeds such as cheating. Alissa even alleged that Jake Paul had both physically and mentally abused her, a claim which he denies.

Alissa was left absolutely ruined after his relationship with Jake Paul. Says he cheated on her every night, and physically and emotionally abused her for years before kicking her out of the Team 10 house.

Jake Paul insisted they were still friends even after kicking her out off the house but Alissa was quick to shut him down saying, “lol you’re kicking me out and telling everyone I cheated.. Please tell be how we’re still ‘friends’ after this.”

She said that Jake Paul would bring different girl home to the Team 10 house every night and flirt with them right in front of her.

So naturally a lot of people were shocked to see that Jake Paul and Alissa Violet were Facetiming. Jake shared a screenshot of his Facetime with his ex-girlfriend with the caption “my lil shawty mad.”

Jake Paul appears to mock his ex-girlfriend on Instagram calling her “his lil mad shawty” and sharing a screenshot of their Facetime call.

DramaAlert host, Daniel “Keemstar” Keem, was quick to assume that the couple were back together, but when he reached out to Alissa for a comment she viciously shut down the rumor.

“No. He was trying to hang. I told him to f*** off,” she responded immediately putting an end to the rumors that they are back together.

The 24-year-old model, actress and screenwriter Alissa Violet was very quick to respond and shut down any developing rumors and speculation about her relationship with Jake Paul.

Jake Paul was allegedly trying to hook up with his ex-girlfriend. He thought that his newfound success as a professional boxer might be enough to score a booty call with the talented screenwriter. But Alissa wasn’t having a piece of it.

Jake reportedly called her “mad” because she still holds a grudge for what he put her through in 2016 and she has no interest, whatsoever, in ever getting back with him.

PewDiePie feels like “an animal at the zoo” when you do...