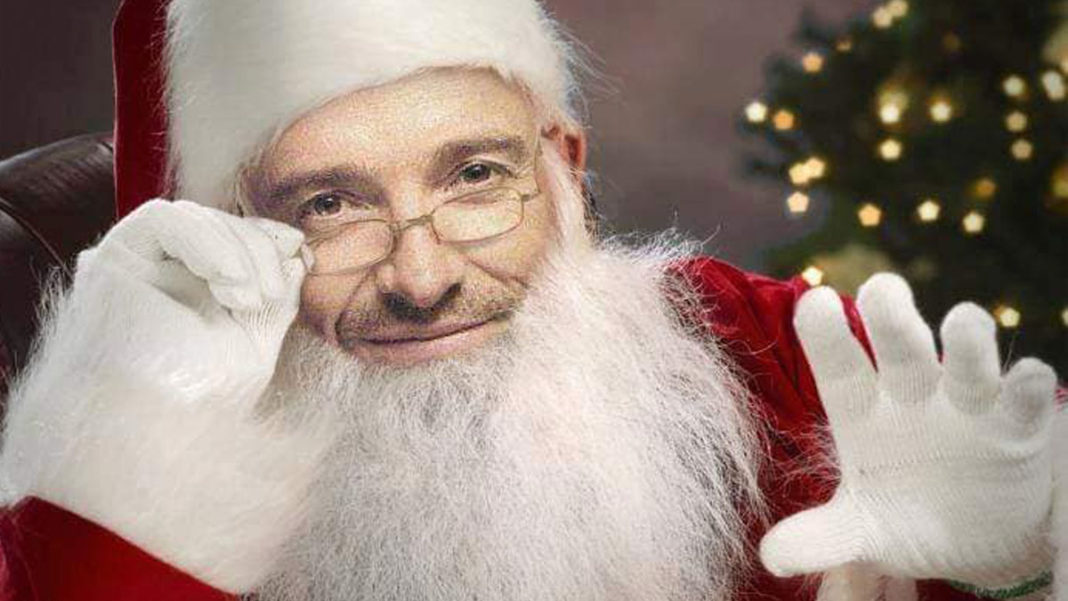 Hugh Jackman posted a picture of himself on Instagram and he is beginning to look a lot like father Christmas, only kind of sexy.

Wolverine, excuse me, I mean Hugh Jackman has been a busy little bee in 2020 despite all the bad stuff that happened. That much can be seen by anyone who followers the 52-year-old Australian actor on Instagram.

Now The Boy From Oz has time to take his boots off, kick his feet up and enjoy some R&R with his friends and family over Christmas. But the aged X-Men actor (Hugh Jackman) is looking more and more like Santa Claus as he gets older and his beard gets whiter… but he’s still very handsome.

Hugh Jackman posted a little message to his fans on Instagram accompanied by a photo of himself standing in front of his Christmas tree. The message reads: “Christmas morning cameo from Dali. (Allegra is smarter. She knows Debs is so much more fun!). Merry Christmas from our family to yours.”

Hugh Jackman has been working hard at promoting his brand new company “Laughing Man Coffee Company” with his best buddy Ryan Reynolds, who has also a bit of an entrepreneur himself.

Best friends Jackman and Ryan Reynolds working together to promote each others companies, Laughing Man Coffee Company and Aviation Gin.

The Laughing Man Coffee Company specializes in the organic coffee and tea trade. You can purchase 100% organic fair trade coffee beans directly from their website or visit one of only two café locations in New York City on either Duanne or Vesey street.

Despite his venture capitalistic interests, Jackman still has a lot of blockbuster movies coming over the next few years. He will be playing legendary Italian racing driver Enzo Ferrari in an upcoming self-titled big budget biopic.

xQc called “heartless” for rage quitting on a kid in Sea...