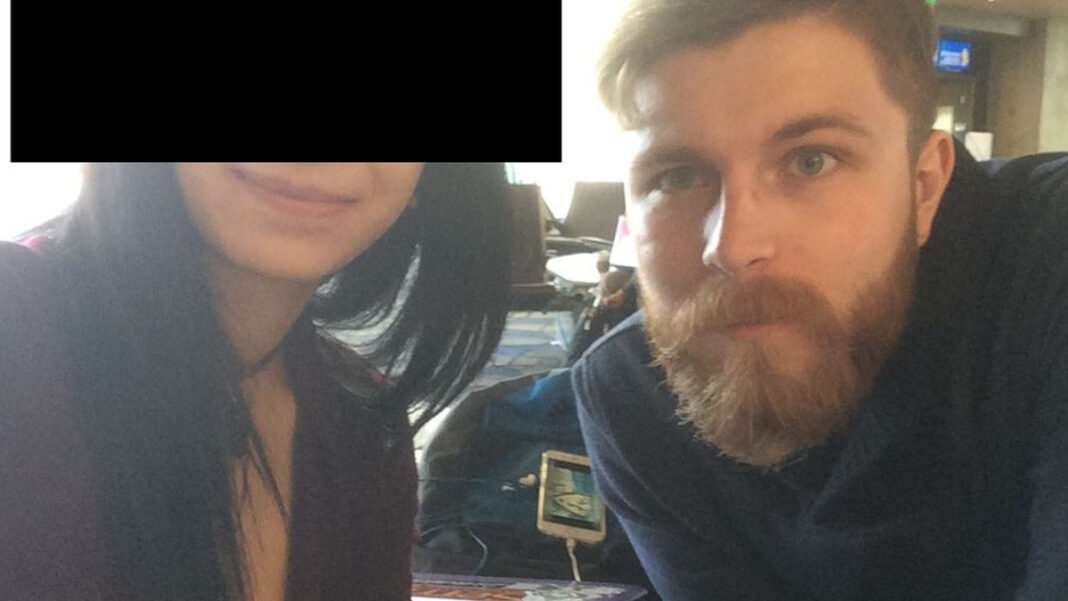 Vaush has allegedly been reported to the FBI by a former friend after expressing his controversial take on child exploitation during one of his live streams.

Ian “Vaush” Kochinksi, 25, is known for having some pretty concerning takes on divisive social issues on YouTube and Twitter. One of his takes earned him a permanent ban from the platform he first started streaming on.

Vaush, originally known as IrishLaddie, was first noticed when he was invited to debate Steven Kenneth Bonnell II, better known as Destiny, on his Twitch channel. After participating in several of Destiny’s live streams one of Destiny’s fans decided to donate a webcam to Vaush so he could host his own streams.

IrishLaddie (Vaush) earned a following for his controversial takes on many social issues but he went too far when he advocated for the destruction of Israel during one of his live streams.

Ian “Vaush” Kochinski, 25, is a self described “gender abolitionist libertarian socialist anarcho-syndicalist.” Vaush was banned off Twitch after supporting the destruction of Israel

After Vaush was banned off Twitch for supporting the destruction of Israel he had to find a new platform. Ian “IrishLaddie” Kochinski then rebranded to VaushVidya and continued to stream on YouTube.

Vaush has continued to express his highly controversial–and even disturbing–opinions about political violence, age of consent, and even animal/child abuse.

During a debate with YouTuber Vegan Gains he stated that believed that it should not be illegal to produce, sell, or possess child erotica.

During a live stream debate on October 3rd, 2019, Vegan Gainz asked Vaush if he actually believes that people should not be held accountable for this kind of child exploitation. Ian “Vaush” Kochinski responded, “yes.”

Vaush doubled down on his disturbing views, saying: “Yeah. I think it’s hypocritical. If I bought… If I… Because I bought my computer and it has silicon in it was formed in Africa by slaves. If I can do that, and that’s illegal and nobody is going to call me out on my sh*t, then yeah, I have to be consistent in that respect.”

After one of Vauh’s friends saw that clip she became increasingly concerned.

“I’ve been a friend of his for a while and he often brings this topic up in private conversations. I’ always just assumed he was trying to be controversial because that was his entire spiel, but once I saw this clip, I just knew,” an alleged friend of Vaush’s told us.

“He went off on a tangent once and admitted that he once saw child p*rn and that he believes people that say they haven’t are lying,” she added. “I think it was in relation to 4chan or something. It happened a while ago.

Vaush’s friend claimed that she gave an anonymous tip to the FBI Cyber-Crime division shortly after the live stream but doesn’t believe that the FBI will investigate any further.

Claims he was taken out of context

Screenshots of past Discord conversations leaked that appeared to show Vaush advocating for the lowering of the age of consent.

Ian “Vaush” Kochinski called out on Twitter after he was exposed in Discord DMs being a creepy and wanting to lower the age of consent.

Vaush accused his detractors of attempting him to smear him by not showing the full conversation. Ian Kochinski showed the entire conversation during one of his YouTube live streams where he says that the age of consent should be at least 15.

Ian now thinks the age of consent should be higher

Vaush says that his views on the age of consent have drastically changed since 2019.

In the live stream where he addresses the old Discord messages he claimed that his views on the age of consent changed after interacting with 18-year-old college students.

“After I got out of college and I looked back to my school and visited my old teachers and I realised, that like, 18-year-olds in school are f*cking babies–they’re little tiny baby children–at 18, I thought, ‘oh my f*cking god, I cannot believe adults are allowed to have sex with 18-year-olds. That’s f*cking insane.”

People aren’t entirely convinced that Vaush was being truthful with his statement but rather just doing some damage control.

Called out for sexual harassment by former friends

Vaush was called out for sexual harassing several girls in his community. Poppy, one of the girls he harassed, leaked very damaging DMs wherein Vaush aggressively flirts with her by sending her unsolicited pictures of his genitals.

According to Poppy, Vaush continued to flirt with her despite being told that she’s not interested and has a boyfriend.

Poppy claimed that Vaush had said things to her made her feel uncomfortable and when she tried to “shut it down” he called her “prudish and conservative.”

Before he achieved internet fame, Vaush was supposedly known to be a bit of a deviant. Some claim that Vaush had an old Twitter account Wacheneide that was littered with images of underage anime girls.

Vaush privated his alt account that he uses to circumvent blocks because people started going thru the likes and finding drawn cp and beastiality.i pic.twitter.com/jnlyYNzyOM

The account is now private but one screenshot proves that Vaush liked content depicting the sexualization of a minor. The below screenshot shows a drawing 15-year old Disney character, Star Buttefly being exploited.

Vaush liked a lot of questionable artwork on his Wacheneide alternative Twitter account including a graphic image of a 15-year-old Disney princess being exploited.

Star is fifteen-years-old Disney and the protagonist to the animated children serires Star vs. the Forces of Evil. She is a teenage princess of the Kingdom of Mewni (located in another dimension) sent to Earth by her parents in order to learn how to use the royal magic wand, with supervision from Glossaryck.

Star Butterfly, 15-year-old protagonist from the Disney children animation Star vs The Forces of Evil. Vaush believes the age of consent should at least be 15.

Ian Anthony Kochinski, aka Vaush, has 320,000 subscribers on YouTube. At the time of writing this article he is currently live streaming the popular–and record breaking–party game Fall Guys while discussing socialist politics with his viewers.

If you want the latest gossip on your favourite influencer or Hollywood celeb be sure to follow us on Twitter. If you have any tips, intel, or would like to share rumor that you’ve heard feel free to drop us a line.